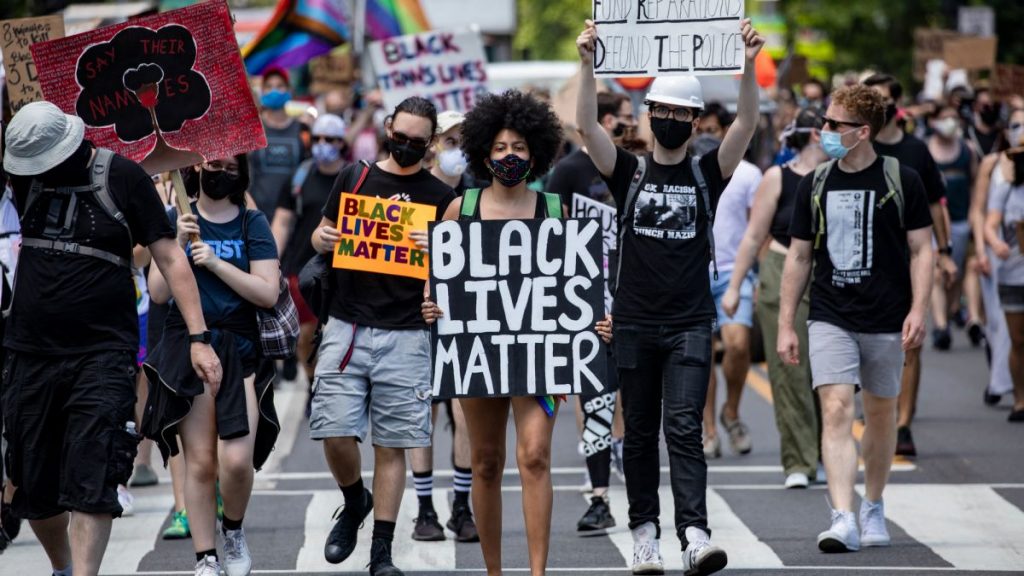 A list of resources for supporting the Black Lives Matter movement

By the “It’s Nice That team”

Below you’ll find a list of petitions to sign, funds and charities to donate to, and resources for educating yourself and those around you.

The events several weeks ago have sparked a reckoning over police brutality and racial prejudice, not just in the US but around the world.

Below you’ll find a list of links, divided up into charities, funds and initiatives to donate to; people and organisations to follow; books and articles to read; and petitions to sign.

For those of us in privileged positions, this is a time for two things. In the short term: action, including everything from signing petitions and joining demonstrations to donating to bail-out funds and following Black community organisations. And then in the longer term: education, learning how we can support, become better allies or just generally further the cause. We hope the list below provides a useful starting point for both of these.

And finally, for those of us based in the UK, it’s important we don’t pretend this is an American issue alone. Our record in this country on institutionalised racism and systemic injustice makes for grim reading.

A list of organisations to fund, put together by Reclaim the Block

Stand Up To Racism UK

Articles and resources to read

75 things white people can do for racial injustice (via Medium)

“The Case for Reparations” by Ta-Nehisi Coates (from The Atlantic, 2014)

IG: George Floyd: How can I help from the UK? (via Das Penman)

IG: Transform Allyship into Action: A Toolkit for Non-Black People (via Social Justice in Medicine Coalition at USC)

IG: Brilliant Black-owned businesses to buy from in the UK (via Emily Ames)

How To Be Antiracist by Ibram X. Kendi

White Supremacy and Me by Layla F. Saad

The New Jim Crow: Mass Incarceration in the Age of Colorblindness by Michelle Alexander

Freedom Is A Constant Struggle by Angela Davis

They Can’t Kill Us All by Wesley Lowery

Your Silence Will Not Protect You by Audre Lorde

Black and British: A Forgotten History by David Olusoga

How to protest safely during a pandemic (via VICE)